How does sound influence our sleep?

This quora question just got my attention and here is my contribution in an attempt to answer it. There are different studies representing different ways on how sound might influence one’s sleep or processes that occur during one’s sleep: I will discuss 1) a study covering how sound can increase skill learning, 2) a study on how sound can interfere with our sleep and memory performance, 3) and a third study discussing a possible noise protective mechanism.

I do want to note this doesn’t mean one should just start playing all sorts of music or auditory books during sleep… in this study there is a pretty straightforward relation between the learned material beforehand and the melody used to reactivate the learned material, as well as the brain network, mostly activity in the premotor cortex involved in this skill. When learning material and brain activity networks get more complex, it could become more difficult to reactivate such memories during sleep. Also the study applies to procedural memory, although a sleep study using odor cues also showed that similarly declarative memory can be enhanced [2]. 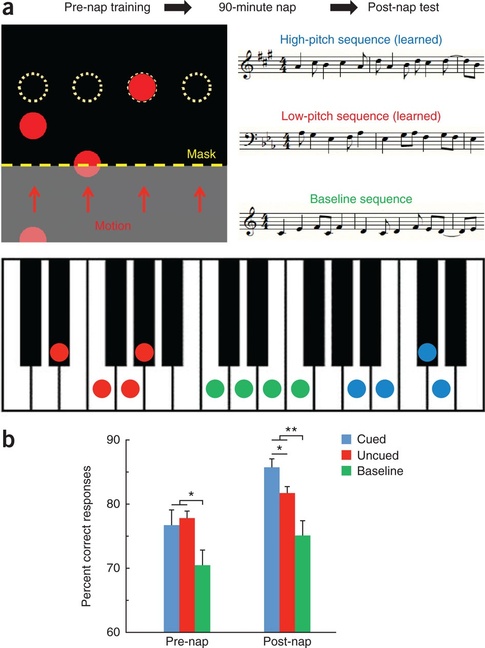 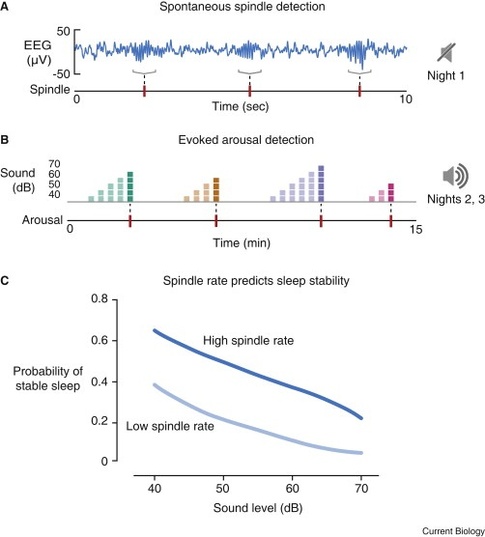 ← Sleep research and consciousness
From disorder categories to symptom networks →